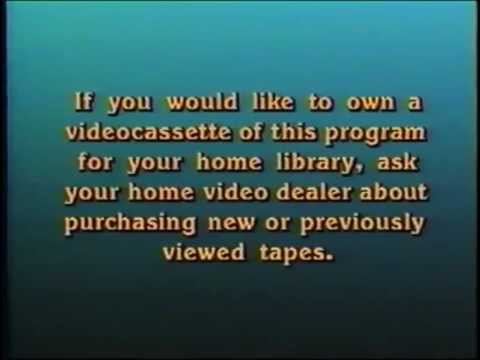 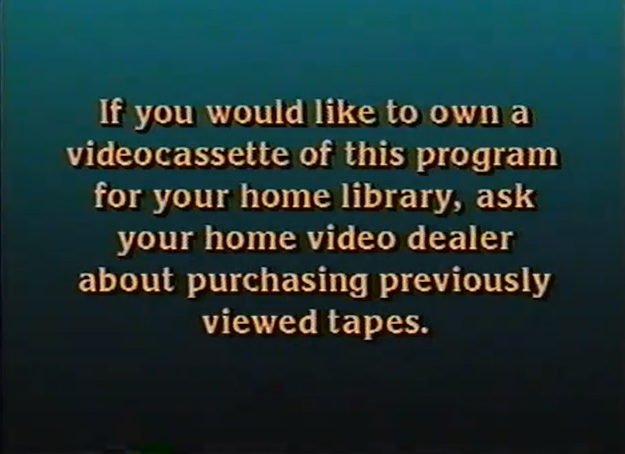 Bumper: On a cyan/dark green gradient background, we see golden text in a Korinna font reading: "If you would like to own a videocassette of this program for your home library, ask your home video dealer about purchasing new or previously viewed tapes."

Variant: Releases after 1988 have a jungle green background instead, and the text "new or" is deleted.

Availability: Seen on most Disney and Touchstone releases from 1986 to early 1987, such as Sleeping Beauty, Canine Commando, The Unsinkable Donald Duck with Huey, Dewey and Louie, A Tale of Two Chipmunks, Disney's Sing-Along Songs: Zip-a-Dee-Doo-Dah, Down and Out in Beverly Hills, The Color of Money, Off Beat, Flight of the Navigator, and Winnie the Pooh and a Day for Eeyore, as well as the 1986 reprint of Pinocchio. The later variant is rarer and doesn't actually appear on every release, but can be found on Three Men and a Little Lady, along with alternate prints of the 1990 VHS of Peter Pan and the 1988 VHS of Dumbo.

Editor's Note: The variant very awkwardly cuts out the part where Grant Goodeve says "new or". Then again, this was produced before the advent of modern audio-editing programs (such as Audacity and GoldWave, the latter which would be introduced to the public 2 years after this bumper stopped getting used). 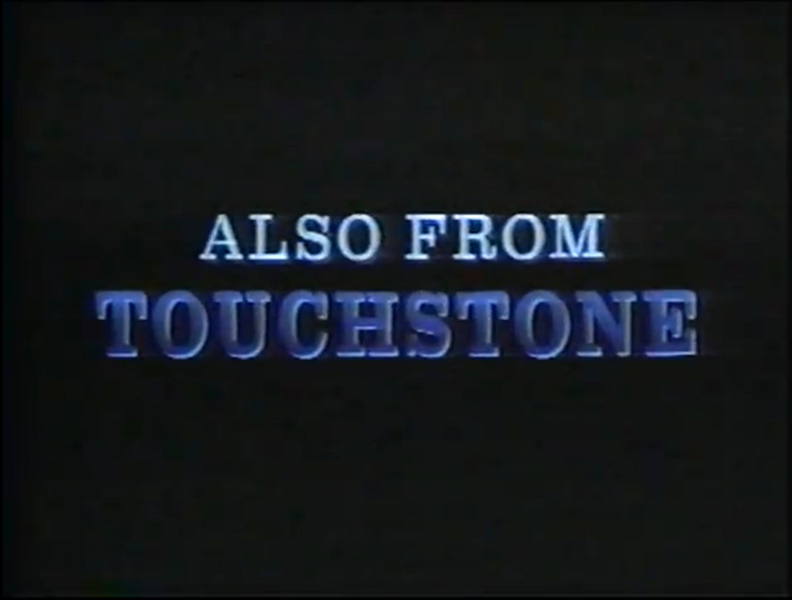 Bumper: On a black background, we see the sky blue text "ALSO FROM" and the blue, bold text "TOUCHSTONE" in a similar wild-west/typewriter font to the 1989 Feature Presentation screen of the time, flying from both the top and bottom of the screen (with "ALSO FROM" coming from the top, and "TOUCHSTONE" coming from the bottom (At first, they are small, but soon zoom in to the center of the screen), connecting together really fast. The completed bumper waits a few seconds to cut to black, but a second into the wait, "TOUCHSTONE" shines from left to right.

Variants: There are multiple variants of this. Here are some of them.

FX/SFX: The words coming from the top and bottom of the screen, connecting, and "TOUCHSTONE" shining.

Availability: Seen on most Touchstone tapes from the era.

Bumper: On a black background, we see the Helvetica text "Should you want to include this film in your home video library, ask your local video store about purchasing new or previously viewed tapes."

Availability: Seen on most New World Video and LCA releases, such as the mind-scarring What's Happening to Me? and some Canadian New World Video VHS releases such as Nightmare at Noon. 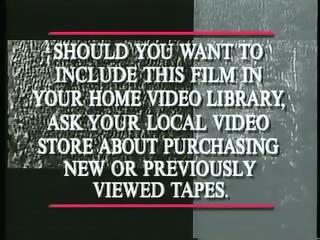 Bumper: On a black background with two rusty gray bars (One is a horizontal bar that's supposed to look like concrete, and the other is a vertical bar that's supposed to look like marble), we see the white text "SHOULD YOU WANT TO INCLUDE THIS FILM IN YOUR HOME VIDEO LIBRARY, ASK YOUR LOCAL VIDEO STORE ABOUT PURCHASING NEW OR PREVIOUSLY VIEWED TAPES.", sandwiched by two red horizontal lines.

Availability: Only seen on Ghostbusters II.